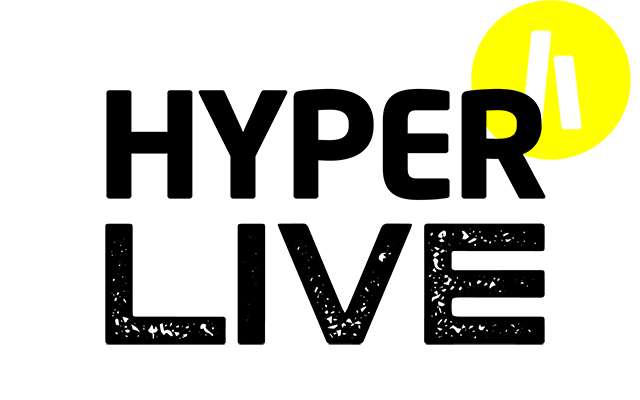 HYPER JAPAN Festival 2022 is the biggest celebration of Japanese culture in the UK – your chance to experience the best of Japan live in London. Join us at Evolution, London 22nd-24th July 2022.

As part of this year’s HYPER JAPAN Festival 2022, HYPER JAPAN and Orion Live present 2 nights of exclusive performances from incredible artists with our first ever mini J-music festival!

HYPER Live gives you the chance to see artists from Japan up-close and personal on our dedicated live concert stage on July 22nd and 23rd 2022.

HYPER JAPAN Festival 2022 Ticketholders get a discounted on the ticket price – so get your tickets now!

Be sure to attend HYPER JAPAN Festival 2022 for exclusive meet and greets with the featured artists, as well as more of the best of Japanese food, travel, fashion and pop-culture.

Double And is Chitose Saki, a solo J-pop idol from Tokyo, Japan. Saki made her debut as part of the alt-idol group Guso Drop from 2014 to 2016 and released her debut solo Double And album in 2015. Double And released several singles since, placing an emphasis on the live experience, Double And maintains a demanding live performance schedule in Japan and around the world. Her dynamic performances are known for vocal intensity with tightly choreographed dance routines utilizing her gymnastics background.

Combining elements of house, vocal trance, and J-pop, singer-songwriter MIKUROMIKA is ready for the world. MIKUROMIKA’s chill pop vibe and sleek vocals which she simply calls ‘MIKUROPOP’! Finding her Tokyo-energized groove in the world of electronic music, MIKUROMIKA is crafting her own path, her own direction, and her own style. Working with a variety of producers from across the globe, her journey is custom made for the world to share. Her debut album, ‘MIKUROPOP’ is available now!

For almost a decade, FEMM has been on the leading edge of J-pop. The duo’s aggressive musicality brought them to the world’s attention, not only to their Agents (the name of FEMM’s fans) but also to the dark world view and the global trend known as “Hyper Pop”. They are working with the biggest songwriters in global pop music including Brian Lee (Lady GaGa, Justin Beiber) and Dan Book (Brittany Spears, Demi Lovato) bringing J-pop EDM into the international mainstream. FEMM takes to the road for their first European tour in the summer of 2022!

Established in Japan, 2021, with the concept of producing music alongside fans, listeners and professionals. They start with a piece of blank paper and see where the collective journey goes. The result of this creative process is known as ‘bpm’ (blank paper medicine). Each dose contains high concentrations of energy and emotions from varying sources, which can lead to side effects of a transcendental nature upon the listener.

The identity of blank paper’s core members has yet to be disclosed beyond code names ‘C45P3R’ and ‘T3R354’. Their debut song ‘enemy’ was used as the opening theme for the anime 'AMAIM Warrior at the Borderline', and as the entrance song for Muay Thai boxer Nadaka Yoshinari. Both achievements are extremely rare for a brand-new artist.

Singer song-writer and vocalist who sings a number of theme songs for anime and games, Including The Promised Neverland, Attack on Titan (Shingeki no Kyojin), Kabaneri of the Iron Fortress, Gundam UC, Aldonoa Zero, FINAL FANTASY XI, Xenoblade X, Dragon’s Dogma: Dark Arisen, and more. Her signature melody is reminiscent of classical music, while her talent as a vocalist is distinguished by her passionate and powerful voice when she sings songs on battles and conflicts. Mika started to perform overseas in 2010 and has been touring everywhere inside and outside of Japan with a focus on European countries. She is a natural born live performance artist and has been enjoyed all over the world.

GARUDA is the dark industrial gothic project of idol Yuffie Sakamura. Taking alternative heavy idol to the next level both musically and visually, GARUDA has been captivating audiences across Japan and overseas since the release of her first single “Mousuguyukiga.” With her plague mask, dark angel wings, and trademark bat, GARUDA’s live performance is one of the most unique presentations in Japanese idol. GARUDA released the album The Battle of Nightmares in 2020.

Formed in 2014, NECRONOMIDOL is an ultradark Tokyo-based Japanese idol unit. Playing black metal, darkwave, NWOBHM and other eclectic genres of music NECRONOMIDOL’s ultradimensional choreography and performance have blackened stages all across Japan. NECRONOMIDOL has played solo shows at venues such as Ebisu LIQUIDROOM and Tokyo Kinema Club in Japan and also regularly embark on international tours. NECRONOMIDOL has currently performed in over 12 countries and played such diverse events as Hyper Japan Festival, the HP Lovecraft Film Festival, AnimeCon and NärCon.

'Miura Ayme' has been performing as a solo artist since 2018, not only writing and composing all songs by himself, but also becoming well known as a voice actor, cosplayer, actor, and a mystery game writer. With more than 56,000 followers on Twitter, 73,000 followers on Instagram, Miura Ayme has gained many fans from all over the world.

In 2019 Ayme appeared in Anime Expo as the official cosplayer for 'Obey Me!' from 'Shall we date', which is the number 1 otome game series in the U.S. Ayme is involved in the series as a voice actor for 'Asmodeus', and the game’s main theme is 'Sinful Indulgence' by Miura Ayme. As a mystery game writer Ayme is renowned as the main director for 'Danganronpa', 'Obey Me!' and more.

BANG’s unique dance performance focuses on “ Animation Dance – a modern version of robot dance “ which incorporates video and staging effects. Bang is a master of a wide varieties of performance styles, but is best known for his signature dark and gothic style.

In 2017, he founded Team BANG, a group of top performers. He has worked on many creative fields such as screenplays, productions, and choreography in collaboration with the world of movies and animation. Lately, he has been involved with anime and theatre productions and directing animation x animation dance.

We use cookies on our website to give you the most relevant experience by remembering your preferences and repeat visits. By clicking “Accept All”, you consent to the use of ALL the cookies. However, you may visit "Cookie Settings" to provide a controlled consent.
Cookie SettingsAccept All
Manage consent

This website uses cookies to improve your experience while you navigate through the website. Out of these, the cookies that are categorized as necessary are stored on your browser as they are essential for the working of basic functionalities of the website. We also use third-party cookies that help us analyze and understand how you use this website. These cookies will be stored in your browser only with your consent. You also have the option to opt-out of these cookies. But opting out of some of these cookies may affect your browsing experience.
Necessary Always Enabled
Necessary cookies are absolutely essential for the website to function properly. These cookies ensure basic functionalities and security features of the website, anonymously.
Functional
Functional cookies help to perform certain functionalities like sharing the content of the website on social media platforms, collect feedbacks, and other third-party features.
Performance
Performance cookies are used to understand and analyze the key performance indexes of the website which helps in delivering a better user experience for the visitors.
Analytics
Analytical cookies are used to understand how visitors interact with the website. These cookies help provide information on metrics the number of visitors, bounce rate, traffic source, etc.
Advertisement
Advertisement cookies are used to provide visitors with relevant ads and marketing campaigns. These cookies track visitors across websites and collect information to provide customized ads.
Others
Other uncategorized cookies are those that are being analyzed and have not been classified into a category as yet.
SAVE & ACCEPT