Ishinomaki is a coastal city in Miyagi Prefecture. In 2011 it was devastated by the Great East Japan Earthquake and suffered the most losses of any city.
Much of Ishinomaki has recovered now, and we invite you to explore our restored city through this game!

The story follows the journey of a young magician named Pino. Although he possesses a rare affinity for magic, he spends his days in the capital unable to make use of his talent. One day, chance would take him to Ishinomaki where he embarks on an adventure to help the city found a new settlement. 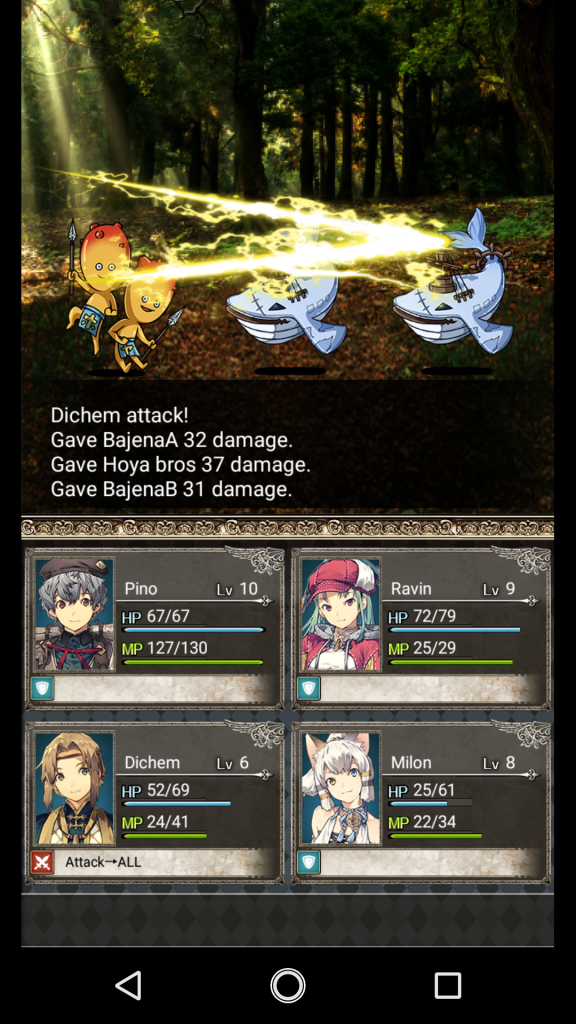 Explore the fantasy world of Ishinomaki with an intuitive, easy-to-use interface. From the menu you can even find coupons for shops in Ishinomaki, as well as a feature to link your visit with GPS for in game rewards!