In this 3 days course, you will learn manners in a way of Samurai, basic movements of sword handling and an original sword performance at the end of the course. If you are interested in Japanese culture, Samurai culture, Kanata swords, or wanting to improve sword fighting performance skills or even just to have some fun, please join us and let’s be a Samurai!

What to prepare: A wooden Bokken Sword or you could roll your newspapers to make a sword on your own. Please see details for the ticket page.

Tetsuro Shimaguchi was born in Saitama prefecture, Japan, and graduated from Nihon University College of Arts. He is a “Samurai Artist” pursuing a style of beauty in forms, acting, and martial arts combined together.

After gaining several years of experience in theatrical activities such as kabuki, he formed a samurai sword performance group ,”Kengishu KAMUI”, of which he has been serving as a leader.

One of his early achievements outside of Japan was to perform “MIKI” of the Crazy 88’s as well as directing the choreography in “KILL BILL Vol.1”, a Hollywood film by Quentin Tarantino.

Following the success of “KILL BILL Vol.1”, KAMUI has been acclaimed for his performances around the world. He has performed in venues such as Kennedy Center in the U.S. (2005), Teatro Della Pergola & Palazzo Vecchio in Italy (2010), Blue Note in Poland, Hermitage Museum in Russia (2015), Armani Hotel in Dubai (2016), etc.

In 2012, he established his original SAMURAI Dojo "KENGIDO" which has been expanding in countries outside of Japan such as Italy, Poland, the U.S. and Republic of Lithuania. His passion for pursuit of “SAMURAI” as Japanese culture only gets stronger and he has been putting his heart and soul to promote Samurai culture actively both inside and outside of Japan.

He is the first Japanese artist to receive the Consonance award in Florence, Italy in October 2018.

In October 2019, he was appointed as a tourism ambassador for Aizuwakamatsu City and Fukushima Prefecture.

At KENGIDO school, we teach Samurai movements and communication with others through learning moves with the joy of KENGIDO. You would learn combined movements of sword techniques of martial arts and performance techniques with the beauty of forms through which you would improve your spirit as the Way (Do-道). It is a very popular programme to experience Japanese culture around the world. 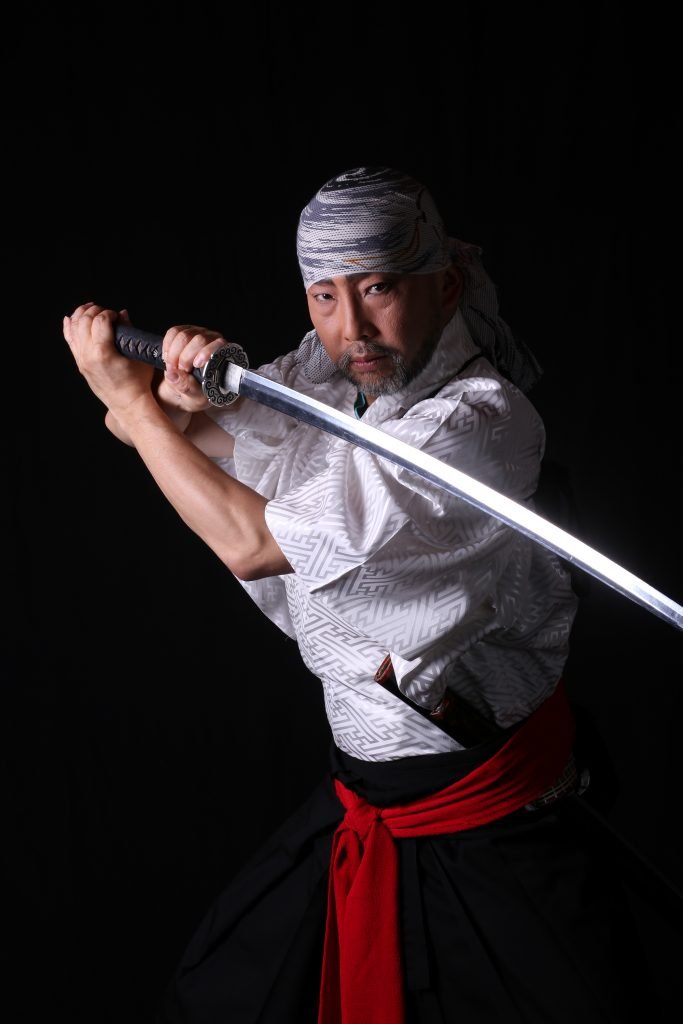 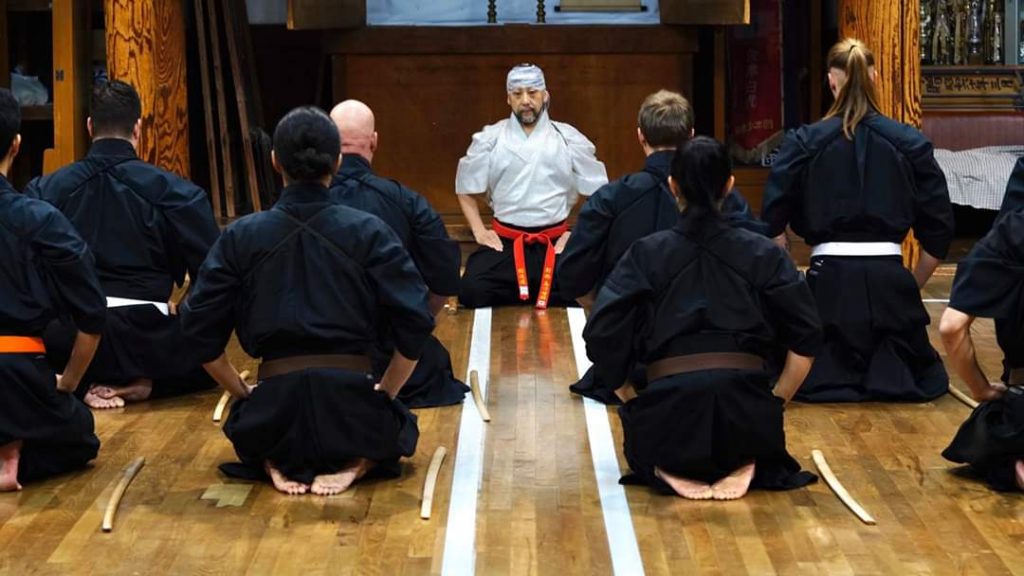 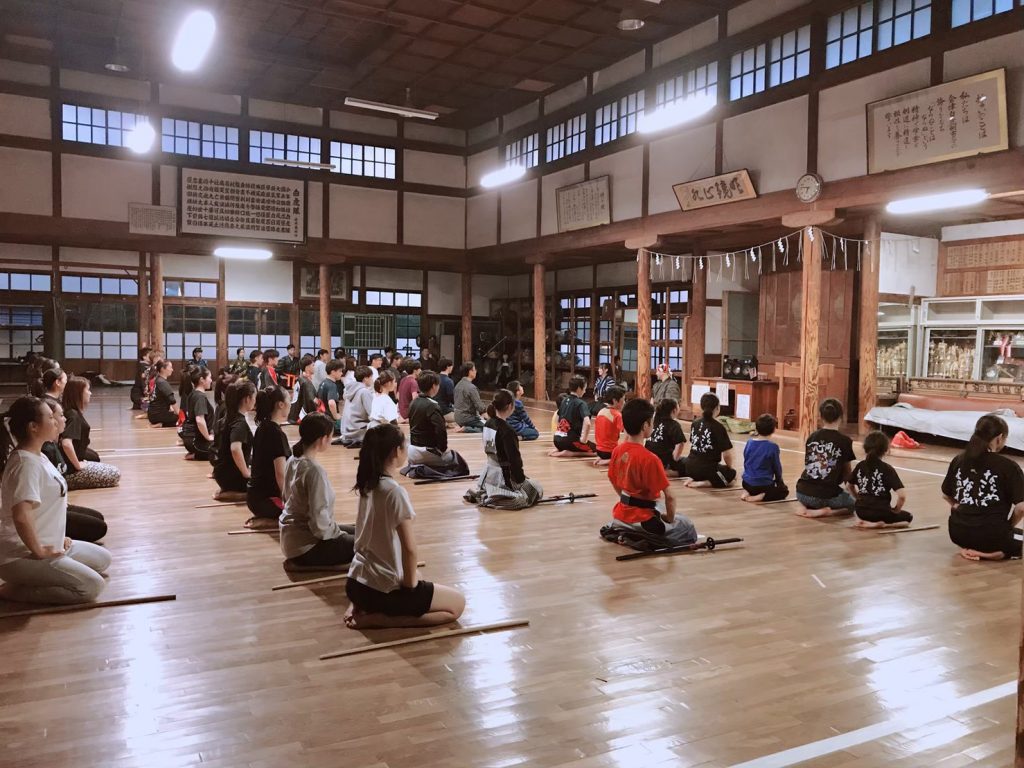 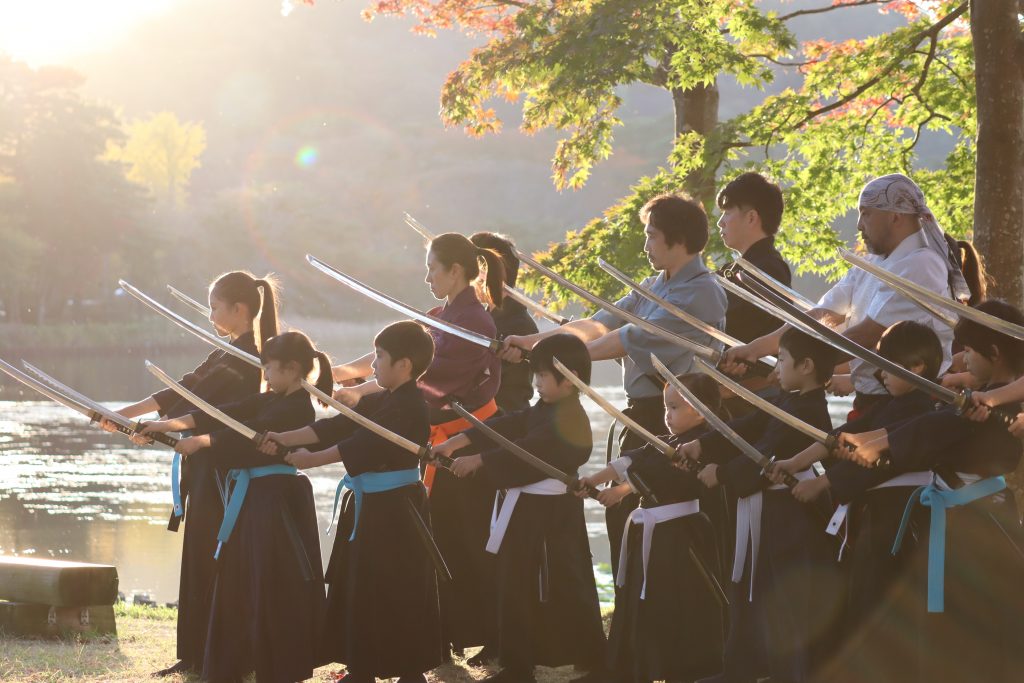